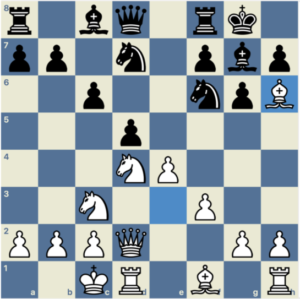 I will start from the beginning.

I started with chess back in 2002, when my brother and I used to play at a small chess club, we were playing just for fun primarily, however, it was pretty exciting because there was many adult players with a solid career on their own fields, such as lawyers, physicists, doctors, and so on.

That environment was very formative for me, even more, one of those professionals told me about Linux and that was the first time that I got curious about it...

But anyway, enough of talking about the past, on this post entry, I'd like to show my path to beat these different bots available to play at Chess.com app.

I started beating a bot with 1200 ELO of chess strength, and now I'm dealing with a bot with 2100 ELO, which is pretty difficult to beat, I mean, starting with 2000 ELO is technically a chess master candidate level, which is certainly is not very easy to achieve.

But I just wanna show here the most interesting games that I played against all these bots using the pretty fancy PGN plugin available and also showing the gif version of the matches.

The first game was against the bot Xavier with 1900 ELO, I played the London System:

The second game was against Li, a bot with 2000 ELO, I played the Alapin Variation against the Sicilian Defense:

This was the game agains Fatima, another bot with 2000 ELO:

And the last game that I'd like to show here will be this wild game against Charles, another bot with 2000 ELO, it started with a London System but I switched into a some kind of 150 Attack: